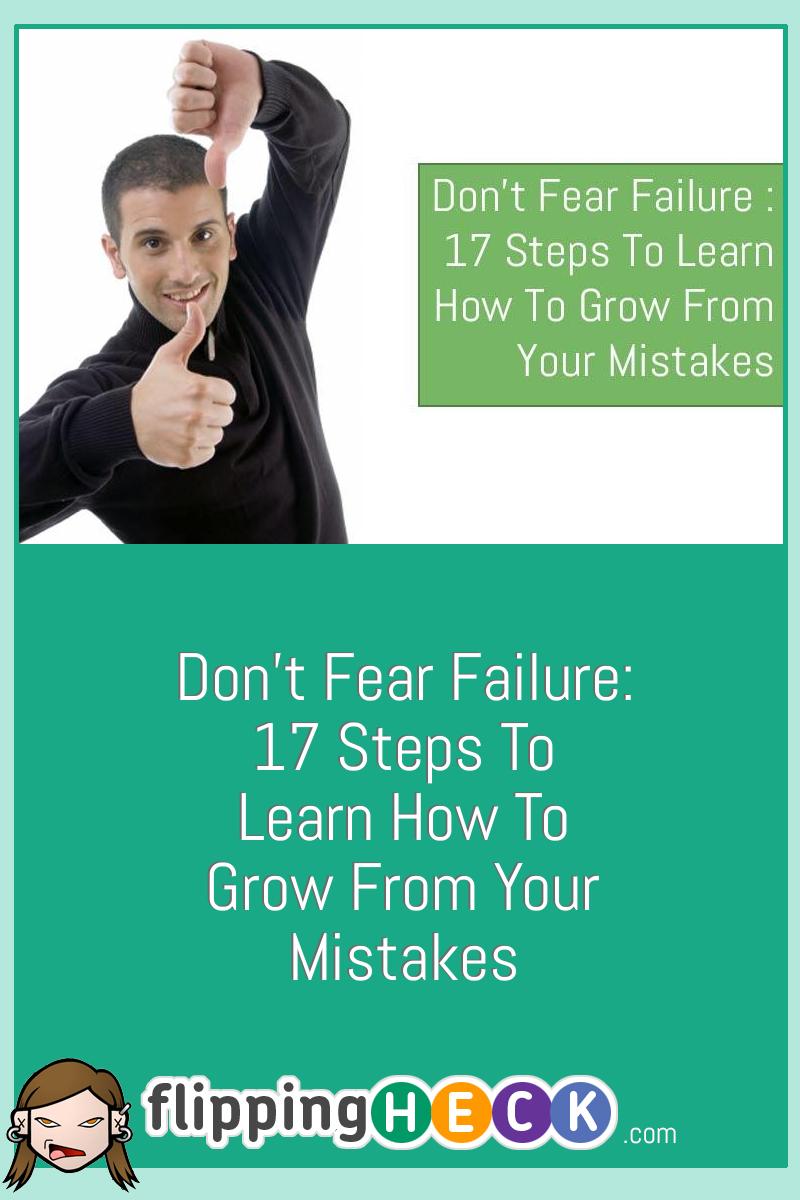 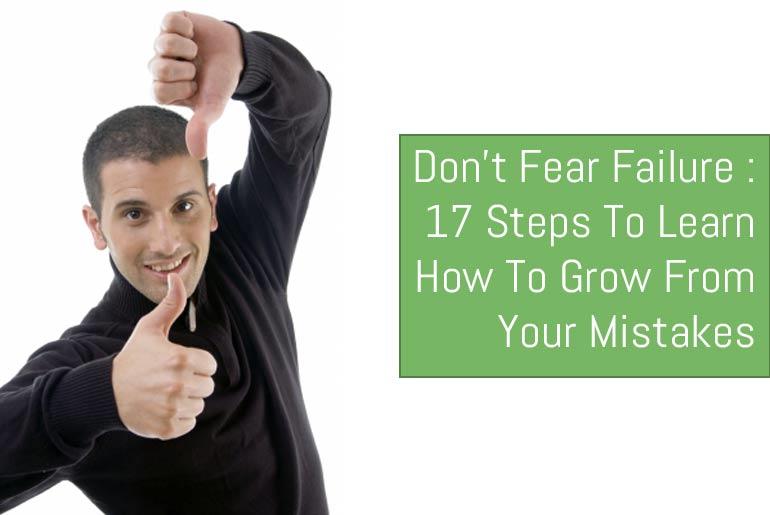 Quite often we don’t act on something, or agree to do something, because we think that we’re doomed to fail. The problem with this inaction is that once we start to fear attempting something it soon becomes the norm and we never step outside our comfort zone, moving from day to day in what can only be described as a rut, sticking to the comfortable and familiar.

The issue with this “safe” method of sticking with tried and tested routines is that we never extend ourselves and learn what our true capabilities are. Testing our boundaries – both mental and physical – shapes us into the unique human beings we are. I think that the old adage “That which does not kill us makes us stronger” (Fredrick Nietzsche) is very true in this case; we learn from the mistakes we make whether it be that we need to practice something more or realise that what we did isn’t for you – without trying you’ll never know what you can achieve.

Why Should You Listen To What I Have To Say?

I’ve had my fair share of failure. In fact I’ve missed out on a lot of opportunities in life because I was afraid of the outcome – I wouldn’t apply for a job in case I was rejected, I wouldn’t go and see a friend at their house in case I made a fool of myself and couldn’t leave, I wouldn’t go to an event in case I couldn’t find a parking spot/the entrance/a bathroom… the list goes on.

As I’ve gotten older, I’ve learned to understand that it’s actually my fear that drives me. Fear is a tool that can be used to push me to try new things rather than something that makes me stick my head in the sand in order to ignore what’s going on.

I wouldn’t say that I’m completely fear free now, I still have moments where I don’t feel sure of myself enough to attempt something – and you most definitely won’t be seeing me in an elevator soon! – but that is now such a small part of my life I feel I have basically conquered my fears – at least my emotional ones. And anyway, as I’ve mentioned in a previous post, there is no harm in trying but there is harm in not taking any action at all.

So, now that you’ve seen that I’m not the perfect person you all thought I was (!), and before we go into our 17 tips on how you can use and conquer your fear so you can be more confident in trying new things (or being better at old things), let’s take a look at the reasons behind what causes fear and why you may shy away from some tasks or situations.

What Is Fear Anyway?

When we think of fear it’s usually in the sense of being near something or someone that causes a “fight or flight” response. This means that our autonomous “Caveman” brain kicks in and controls our basic emotions. You’ll have experienced this when you see a spider running towards you out of the corner of your eye, ridden a roller coaster or watched a horror film. So what happens to you physiologically?

In these cases, your inner caveman will kick in forcing adrenaline to surge through your veins, your heart will start to beat up to three times as fast sending the adrenaline through your system. Your blood pressure rises and your muscles receive more blood and oxygen enabling you to run faster (or lift more). Your brain works more quickly thanks to the increased blood flow and your pupils dilate allowing you to see better. All in all, you’ve just become pretty much a “super human”, so why do we fear the fear response so much?

There is a downside however. Feeling the sense of fear too often – and the physical effects that go along with it – can cause a variety of health problems such as headaches, high blood pressure, sleep problems and an increased risk of illness amongst other things. Not only that, prolonged feelings of fear can trigger psychological problems such as depression and manifest themselves as “Generalised Anxiety Disorder” where you see every little thing as a threat. This then causes distress and leads to paralysis that stops you achieving anything and living a fulfilling life.

Of course, the above problems that fear can cause are at the extreme end of the spectrum but they do show that, if you’re not careful, fear of failing can rule your life having a negative impact on many aspects.

How Do We Define Failure?

The problem with labelling failure is that it’s an extremely personal feeling. What may seem like an abject failure to me may just be a minor blip for you. My major crowning glory for the day might be something you achieve easily. Failure – and by it’s connection, success – is very subjective.

Before we begin a new project, task, habit or even relationship we mentally come up with a desired outcome. This could be extremely obvious – for example you may be visualising a specifically desired outcome like the book The Secret (affiliate link) teaches you to do – or it could be figured out completely subconsciously. Either way somewhere in your brain sits a little equation that looks at the task, its possible endings and your desired outcome.

Failure is deemed to occur when you don’t achieve this desired outcome even if you miss it by a small margin.

Why Is The Fear Of Failure So Bad?

If we try something and don’t succeed we may never attempt the same (or similar) task again. If this is the case then we may never achieve anything.

Imagine what we would be missing out on if people had given up at the first sign of difficulty. If Edison had stopped development of his light bulb filament after even attempt number 100 I would be writing this article by candle light. Heck, I wouldn’t even be writing it at all as the Computers may not even have been developed!

Just because you fail doesn’t mean that you shouldn’t have tried or that what you attempted was a mistake in any way; It simply means that, like Edison, you need to try a different approach, combination or maybe it just means that what you were attempting wasn’t the right course of action for your desired outcome.

Why Do We Fail?

There are many ways in which we may not achieve our desired outcomes – this does not mean however that what we were attempting was a complete failure.

Some reasons we may miss our desired outcomes are:

How To Embrace Your Fear And Achieve Your Goals

Fear of failure causes inaction and stops us even attempting to try anything we feel we may not be good at. In order to embrace our fear and try new challenges we need to:

What do you think?

Are you driven or held back by fear? Should we ultimately give in to fear or embrace it an use it as an empowering tool? Let us know your thoughts in the comments.

About The Author
Katy is always trying to be more productive one day at a time! Whether it's analogue, digital, motivational or psychological who'll try any system that will help her get things done and get organised. As well as running FlippingHeck.com, she also loves making music and reviewing things.
Photo by imagerymajestic from FreeDigitalPhotos.net
Please Note: This post may contain affiliate links. By clicking on these links you will not be charged any extra for purchasing goods and services from our preferred partners however flippingheck.com may receive financial compensation which contributes to the running of the site. For more information please read our Advertising & Affiliate Disclosure Policy
Filed Under: