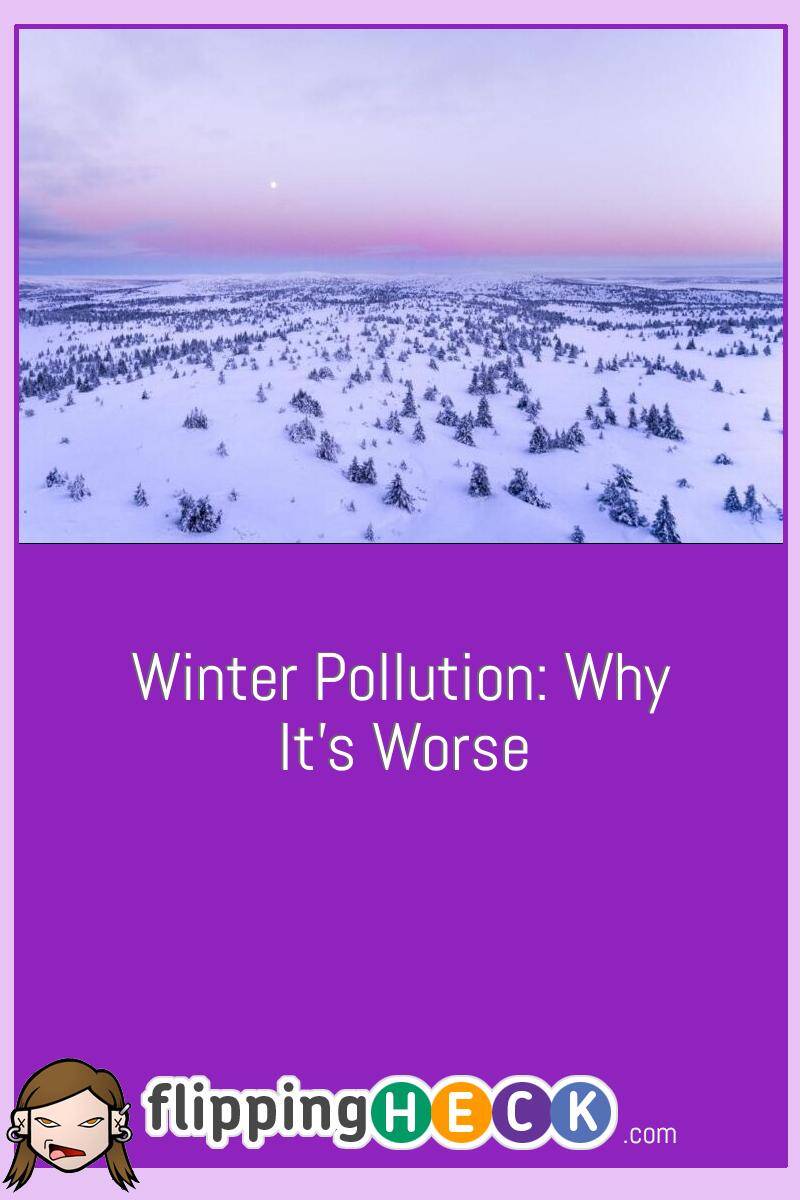 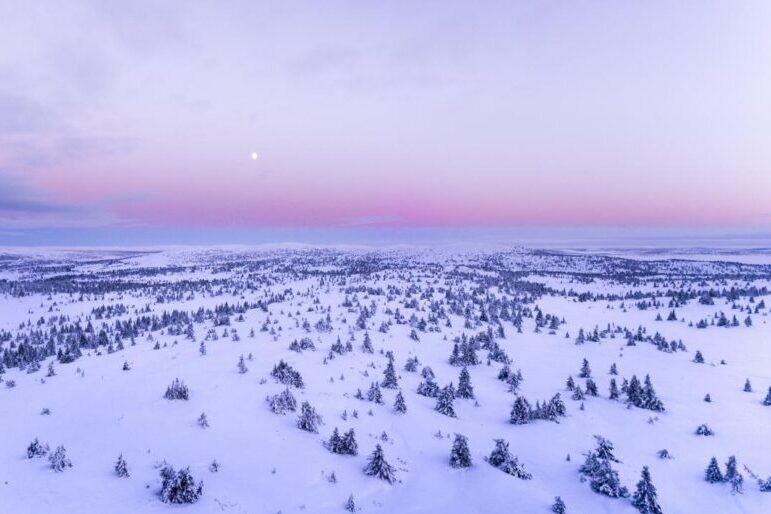 Winter often brings more than holiday cheers and chilly air. Amid the decline in temperature and the flurries of snowflakes is an increased risk of accidents because of black ice and blizzards.

The season can also mean higher-than-normal rates of certain illnesses. Cases of flu, for example, usually spike as the cold sets in.

According to doctors, viruses thrive better in this environment. If that isn’t enough, most people gather around homes. If one person is sick, the rest is likely to catch the infection.

Interestingly, respiratory diseases can also happen more often during winter, and the cause may not be a virus or bacteria. Instead, the reason is air pollution.

Why Is Pollution Worse in the Winter?

According to the Environmental Protection Agency (EPA), the general air quality trends showed a downward trajectory. The eight-hour carbon monoxide decreased by over 70% while the 2.5-micron particulate matter dropped by at least 35% since 2000.

However, there’s more work to be done. In 2019 alone, the country emitted around 70 million tons of pollution into the atmosphere.

Pollution is also no longer just an environmental issue. The latest data suggests that the poor air quality in the country is linked to over 200,000 deaths annually.

While air pollution occurs at any time, it gets horrible during the winter. It’s all due to how air behaves at this time.

In general, warm air rises, while cold air sinks regardless of the season. This is because of the way their molecules behave. In cold air, they are much closer together, so the air is much denser or heavier.

But in the winter, cold air is significantly prominent than warm air. It also lingers longer since it moves slower. In the process, it starts working as a lid, trapping whatever is underneath it. These may include a variety of pollutants.

In places like Utah, inversions are extremely common, especially after the snowstorm. The effect becomes more noticeable in the valley region because of its geography.

People’s actions during winter may also contribute to poorer air quality during the season. Homeowners are likely to turn on their heaters longer or often or use their fireplaces.

If the furnace is broken, it still adds to the pollution even if the owner isn’t aware of it. These can increase the odds of smog. 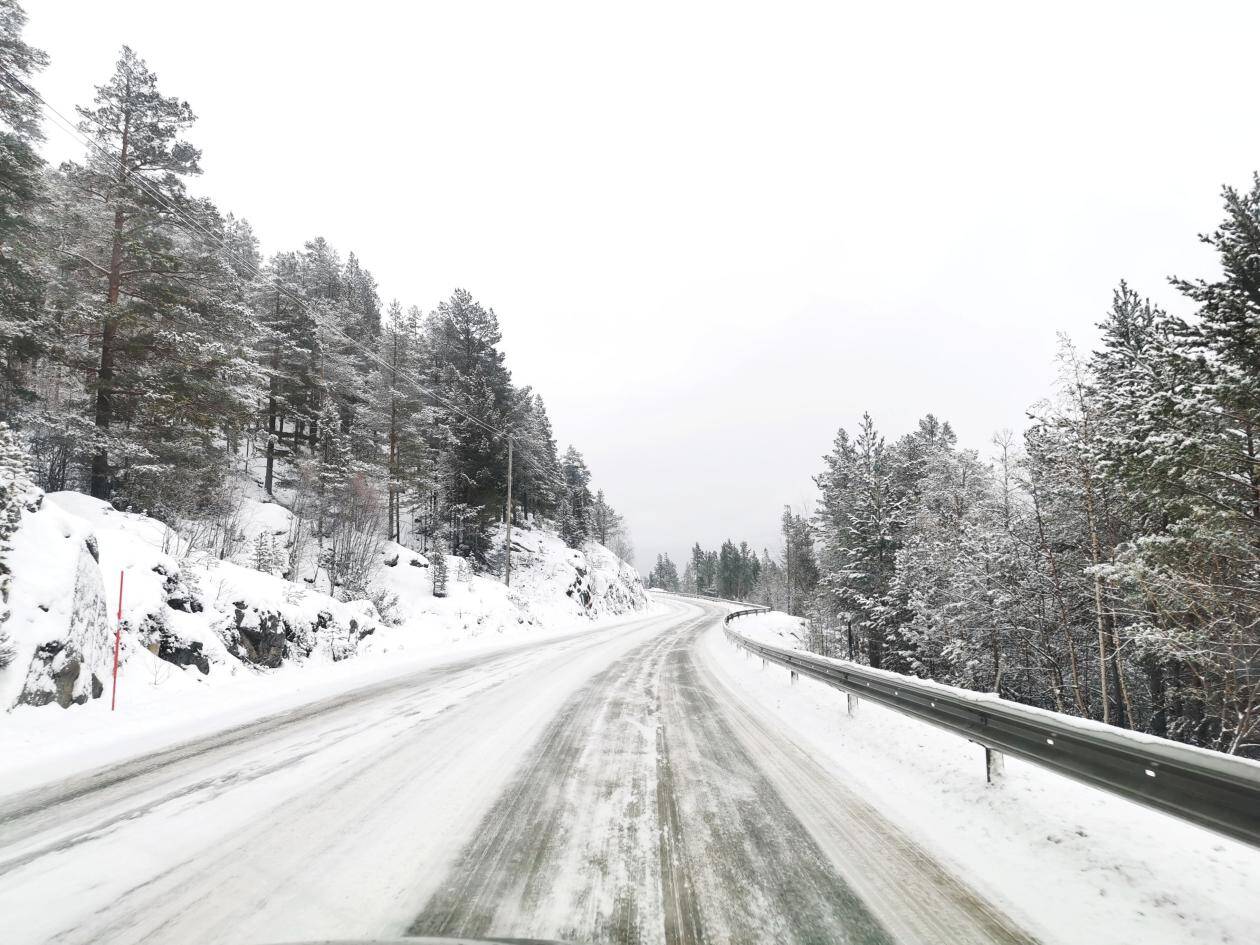 What Can People Do?

Improving air quality is the responsibility of many stakeholders, from the government to businesses and individuals. It demands more stringent policies and commitment to carbon emission reduction.

Americans can also lessen their exposure to air pollution during winter by planning their to-dos for the day properly. They can rely on a snow day calculator to stay ahead of the weather situation. They can also practice the following to decrease the risk of exposure and contribution to air pollution, especially indoors:

Furnaces can deteriorate because of age and prolonged and excessive use. A problematic furnace not only increases heating costs but also worsens indoor air quality. It may also be unsafe.

Homeowners, especially in Utah, should consider an annual inspection of the furnace after and before winter. If it is damaged, they can call for an emergency furnace repair from experts.

Homes may need to test their property for the presence and levels of gases like radon and volatile air compounds (VOCs). The latter may come from different sources such as paint, air fresheners, disinfectants, automotive products, and other cleaning and household supplies.

Households may also need to shift to more sustainable options for heating. For instance, they can opt for electric than traditional fireplaces. They can also improve their ventilation.

Americans can also lessen their exposure to air pollution during winter by planning their to-dos for the day properly.

In a study on California vehicle emissions, the researchers learned that carbon footprint in urban areas usually dropped by around 30% during the weekends. This could be because of fewer truck activities and workers choosing to spend more time at home.

Meanwhile, in rural regions, air pollution may be worse on Fridays and Sundays because of higher emissions from more car traffic.

Air quality may also plummet as the holiday season nears. Often, more cars are on the road for a rush holiday shopping.

Americans also need to listen or pay attention to advisories on the levels of particulate matter and follow advisories from their state, city, or county.

Air pollutants are so small that, when inhaled, they can invade the lungs, which then mount a fight that results in inflammation and respiratory illnesses.

The situation may be more problematic for those with asthma and breathing problems. Inflammation can make their symptoms worse.

So until air quality significantly improves, Americans need to protect themselves from pollution, especially during winter, starting with the tips above.

Featured Image: And post images supplied by the author
Please Note: This post may contain affiliate links. By clicking on these links you will not be charged any extra for purchasing goods and services from our preferred partners however flippingheck.com may receive financial compensation which contributes to the running of the site. For more information please read our Advertising & Affiliate Disclosure Policy
Filed Under:

« 10 Ways To Stay Productive While Working Remot...
How To Deal With A Heart Attack At Home? »