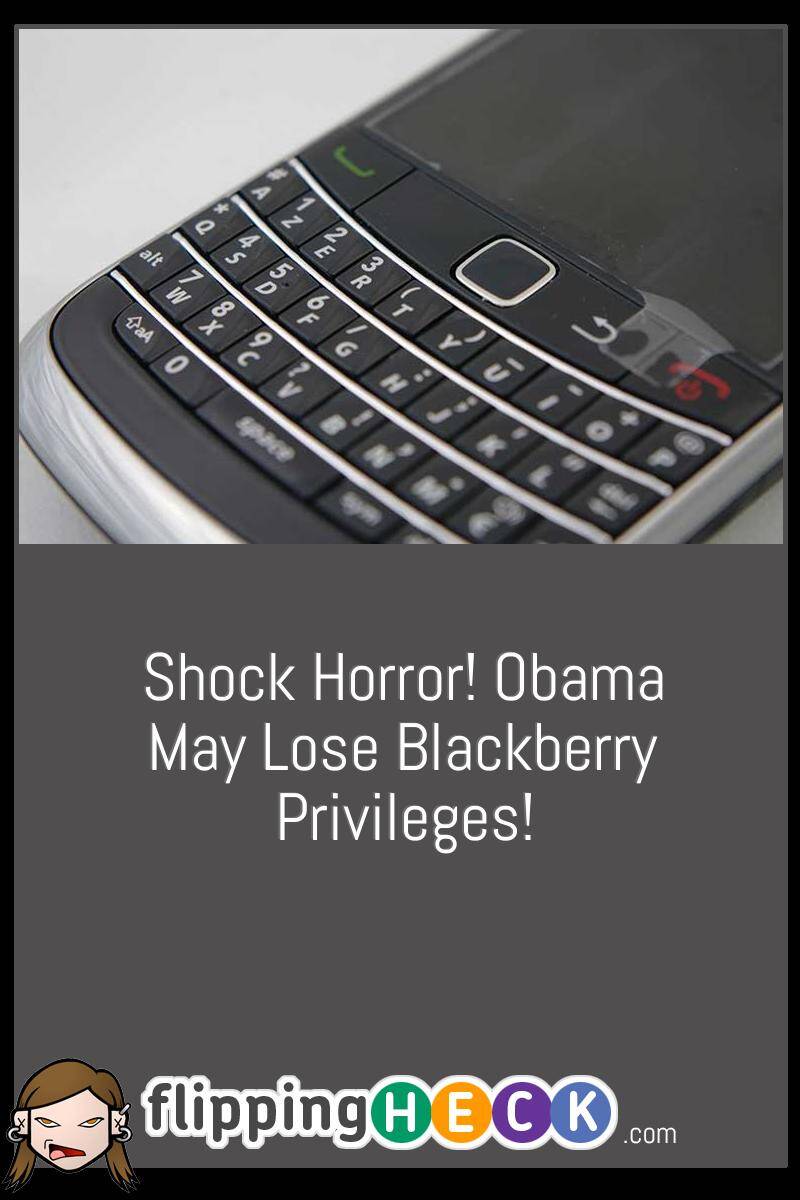 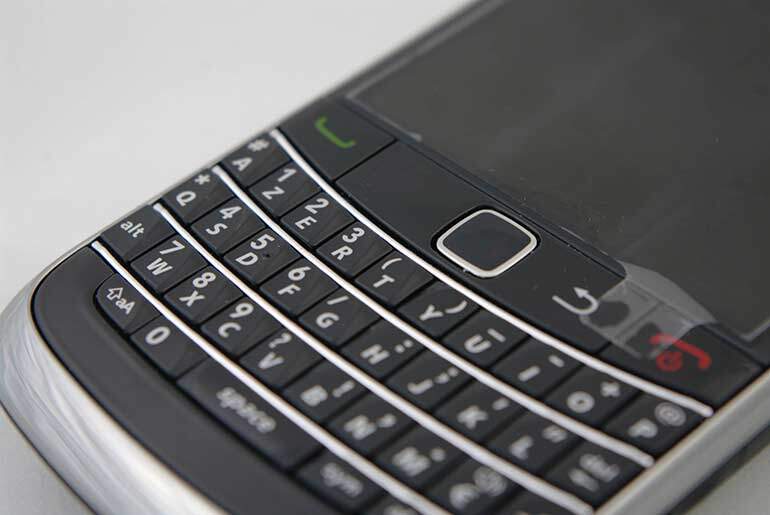 There’s a lot of talk at the moment about Barack Obama having to ditch his Blackberry (read the full article “Say Goodbye to BlackBerry? If Obama Has to, Yes He Can” at the New York Times site) when he becomes President and I’m not sure what all the fuss is about.

Having recently sat down to dinner with someone who had “Blackberry Twitch” – you know the sort, the Blackberry’s in their pocket and they’re itching to look at it but know it’d be considered rude so they develop a nervous tick – and also been to dinner with someone who checked emails whilst they ate (excuse me?) surely it’s better to have a focused, non-Blackberry twitching President? I mean, can you imagine him sitting in the Oval office talking to some official whilst browsing his emails? Me neither.

It’s probably for the best when you consider that the current administration has potentially lost 5 million (yes, five million) emails – some of which may contain dodgy dealings of White House Staffers:

I wouldn’t rule out that there were a potential 5 million e-mails lost,” Perino told reporters.

Read the full article at CNN.com

In the days of Sarbaines-Oxley, greater accountability and greater transparency losing even 500 emails should be unforgivable. But anyway, enough of my ranting! Why am I talking about Obama’s Blackberry dilemma on a productivity blog? Well, because a lot of other productivity blogs are!

General consensus amongst the sites I’ve been reading is that Obama losing the use of his Blackberry is a terrible thing as if he won’t be able to function as President without it. I’m not convinced that the impact it will have on his “productivity” will be that great. With the amount of advisors around him, he’s going to be pretty sheltered from the majority of mundane contact that he’d usually be dealing with so I can’t see it as being a huge issue.

I don’t have what I’d consider a “Smart” phone. Sure it does basic emails (which I don’t use) and has a calendar (which I do use as I have a memory like a sieve) and that’s about it. I’ve been toying with the idea of getting a Blackberry/iPhone/Google Phone for a while but the more I read about people “needing” to be around them 24-7 (especially during dinner thank-you-very-much) the less I seem to want one – not because I don’t need it, I do, it’s just the whole “addict” image that surrounds them.

Maybe I’m missing the point and maybe my life would be 100% more organised if I had one of these things. I don’t know, can anyone explain what I’m missing out on here?

About The Author
Katy is always trying to be more productive one day at a time! Whether it's analogue, digital, motivational or psychological who'll try any system that will help her get things done and get organised. As well as running FlippingHeck.com, she also loves making music and reviewing things.
Featured Image: Close up of a Blackberry Phone by frhuynh on Stockvault.net
Please Note: This post may contain affiliate links. By clicking on these links you will not be charged any extra for purchasing goods and services from our preferred partners however flippingheck.com may receive financial compensation which contributes to the running of the site. For more information please read our Advertising & Affiliate Disclosure Policy
Filed Under: