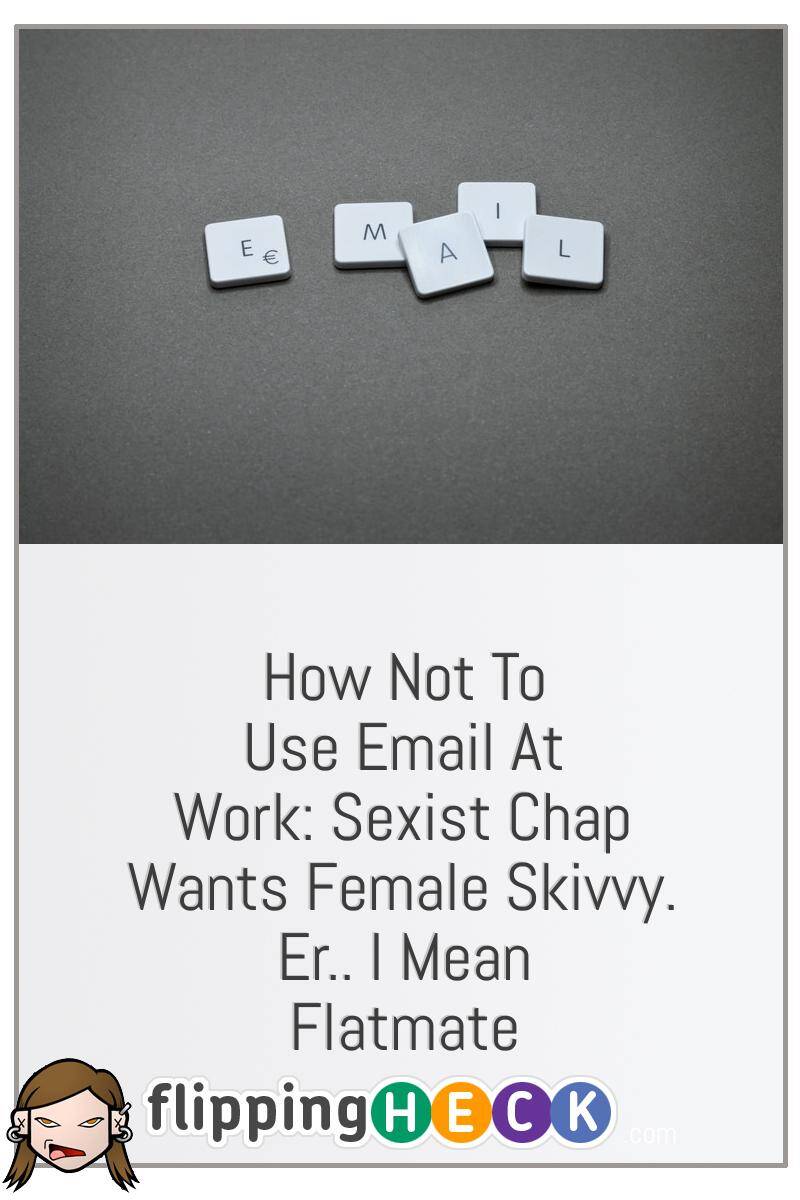 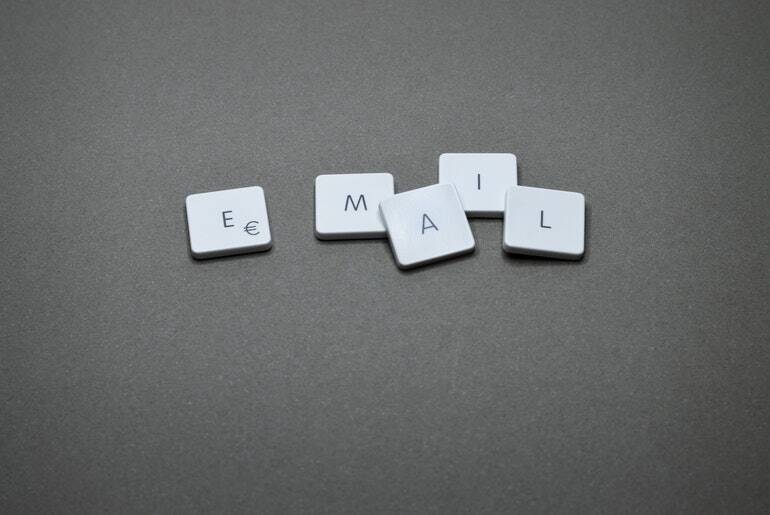 How Not To Use Email At Work: Sexist Chap Wants Female Skivvy. Er.. I Mean Flatmate

I’ve written before about the need to be careful about what you send in an email at work but the story that I’ve seen in several UK national newspapers over the past couple of days really takes the biscuit.

Paul Eley sent what sounds like a harmless email around his workplace asking for a new flatmate. Nothing wrong with that in itself – until you realise that he only sent it to female colleagues and that the content of the email was, shall we say, inappropriate at best:

I am looking for a new flatmate as my old one has now left. Could you pass this on to anyone you might think would be interested.

I don’t need any rent from any potential flatmate, so it will be rent free. The only thing they would pay for is their own food.

I am looking for a girl flatmate between 18 years old and 26 years old. Preferably someone who is very tidy and reasonable nice to look at.

Instead of paying rent I would expect them to do the following.

Clean the whole apartment once a week. Clean the kitchen every day and keep it tidy.

Do some of my washing and ironing. Occasionally cook for me on a week day if I am working late (nothing difficult something like sausages and mash).

It would not be a permanent arrangement because if I had a serious permanent girlfriend they would have to move out.

I would give them one month’s notice so they had time to find somewhere else.

If you know anyone who would be interested let me know and I will meet them to see if I can get on with them.

My emphasis – for obvious reasons!

I’m not sure what this guy was thinking when he hit the “send” button, but the backlash was inevitable and he was disciplined for his actions. And rightly so when you realise that he also sent a follow-up email:

Additional things that I forgot to mention

They can have other friends round as long as they are women and only watch what he wants to watch on T.V

I think one of his colleagues sums up my thoughts on the matter quite well:

Nobody was sure if he was trying to be funny or not – it was either a bad joke or the most sexist thing ever written.

I’d personally go for the latter. And as for why his old flatmate left in the first place… well, I wonder why!

People need to realise that once an email’s sent, it can’t be retrieved and what sounds funny to you can be completely take out of context by some one else – and no emoticons and smileys don’t help.

The best advice you can have when dealing with email? Never send anything in the heat of the moment. Write it, save it to your drafts folder and then read it again an hour later – never send it straight away. I’m sure if Mr Eley had done that then he wouldn’t be in such a pickle.

About The Author
Katy is always trying to be more productive one day at a time! Whether it's analogue, digital, motivational or psychological who'll try any system that will help her get things done and get organised. As well as running FlippingHeck.com, she also loves making music and reviewing things.
Featured Image: Email spelled out on tiles by Miguel Á. Padriñán on Pexels.com
Please Note: This post may contain affiliate links. By clicking on these links you will not be charged any extra for purchasing goods and services from our preferred partners however flippingheck.com may receive financial compensation which contributes to the running of the site. For more information please read our Advertising & Affiliate Disclosure Policy
Filed Under: