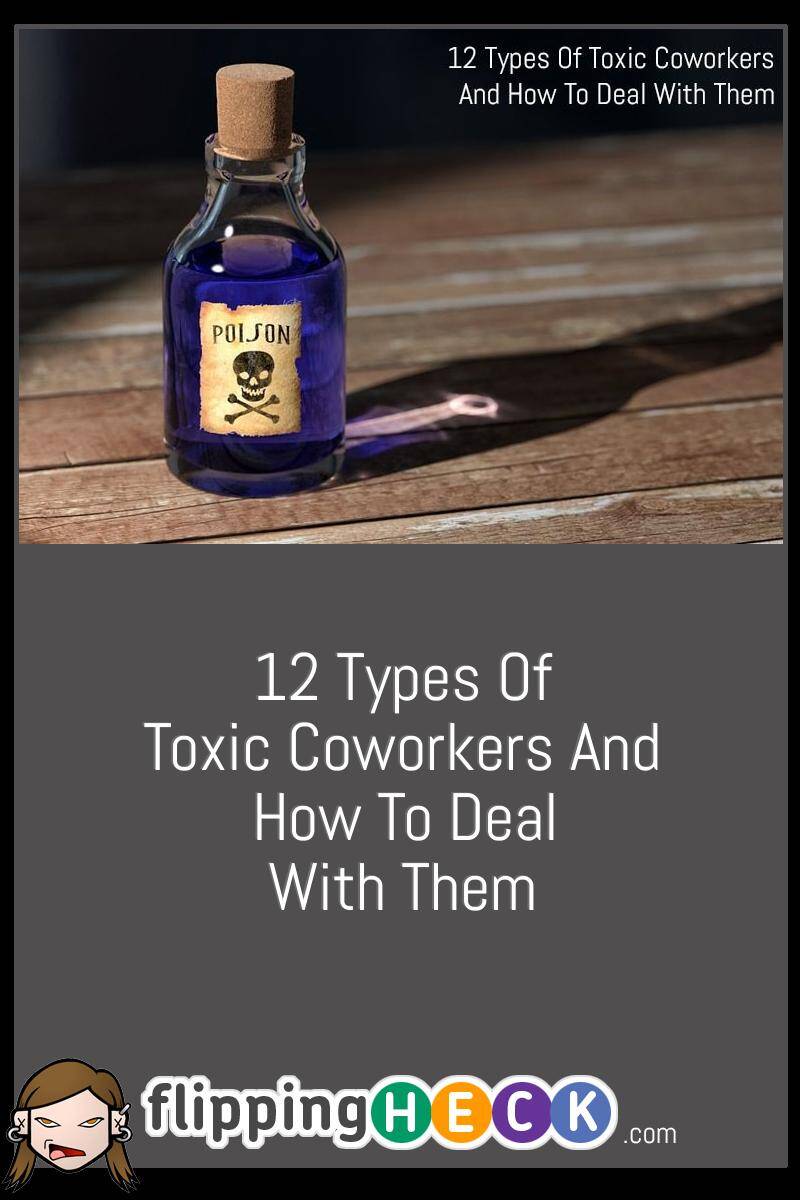 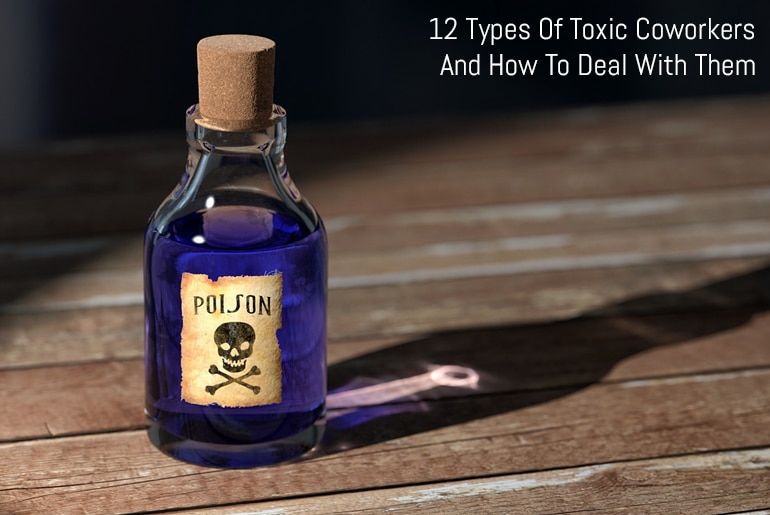 In a job you don’t really get a say in who you end up working with so you will be partnered with with a variety of people from many backgrounds. This can make for a great working environment – you all have something to learn from each other, and learn about each other.

Unfortunately these differences can also cause confusion, issues and offence if not understood properly and these small misunderstandings can soon blow into a big issue amongst members of the team.

Usually these problems are easily dealt with between the two people in question. With toxic coworkers though things get a bit more complicated as they don’t just upset an individual, they try to pull in the whole group into their fight.

What Is A Toxic Coworker?

Toxics (as we’ll call them from now on for brevity) come in all shapes and sizes and I’m sure you’ll recognise one or more of them from the list:

The above list isn’t exhaustive by any means so if you have any more examples to add please add them in the comments.

So, how do you deal with toxic coworkers?

Maybe the Toxic didn’t realise what they said was quite to rude or upsetting – unlikely, but you should always give someone the benefit of the doubt once. Let them know that what you just heard was unacceptable, and why you feel this way. Be as clear as possible so that there is no room for confusion, that way if they do it again you don’t have to feel guilty about taking further action.

If you don’t feed the Toxic then they have nothing to gain from their actions Walk away from the Toxic and they’ve lost their audience and their power. Just be careful that they don’t switch their toxic attentions on to someone else in your place.

Keep Things To Yourself

If you know that someone could possibly be a Toxic then keep your cards close to your chest. The less information they have about you, the less damage they’ll be able to cause to you. This doesn’t mean that you can’t tell them anything about yourself, just limit the amount of personal information you offer up.

Keep a mental note of the more outrageous things they come out with – this is especially in the case with the “Liar, Liar Pants On Fire” toxic. People often lose track of the tall tales that they’ve told different people and you’ll soon be able to catch them out.

If you fly off the handle then they’ll have the reaction they crave but if you do nothing and let them walk all over you, you’ll almost telling them that what they’re doing is acceptable so they’ll keep on doing it. It can be diffcult to find the right balance, but it’s important that you are true to yourself and convictions.

Sometimes a Toxic doesn’t understand that there are consquences to what they say or do and because nothing has happened to them in the past they feel they can act with impunity. If you’re not happy with the way you are being spoken to (or about) at work then raise this with your line manager or H.R department. Once the Toxic realises that there are rammifications to their actions they will hopefully stop.

As difficult as it may sound, you can’t keep holding a grudge. At some point you will need to push your thoughts about what they’ve done to one side – you can’t alter the past but you can use that information to change how you react to them in the future.

How do you deal with toxic people in your life? Do you ignore them or confront them? Do you ever try to engage in meaningful conversation with a Toxic-type person?

Let us know your thoughts in the comments.