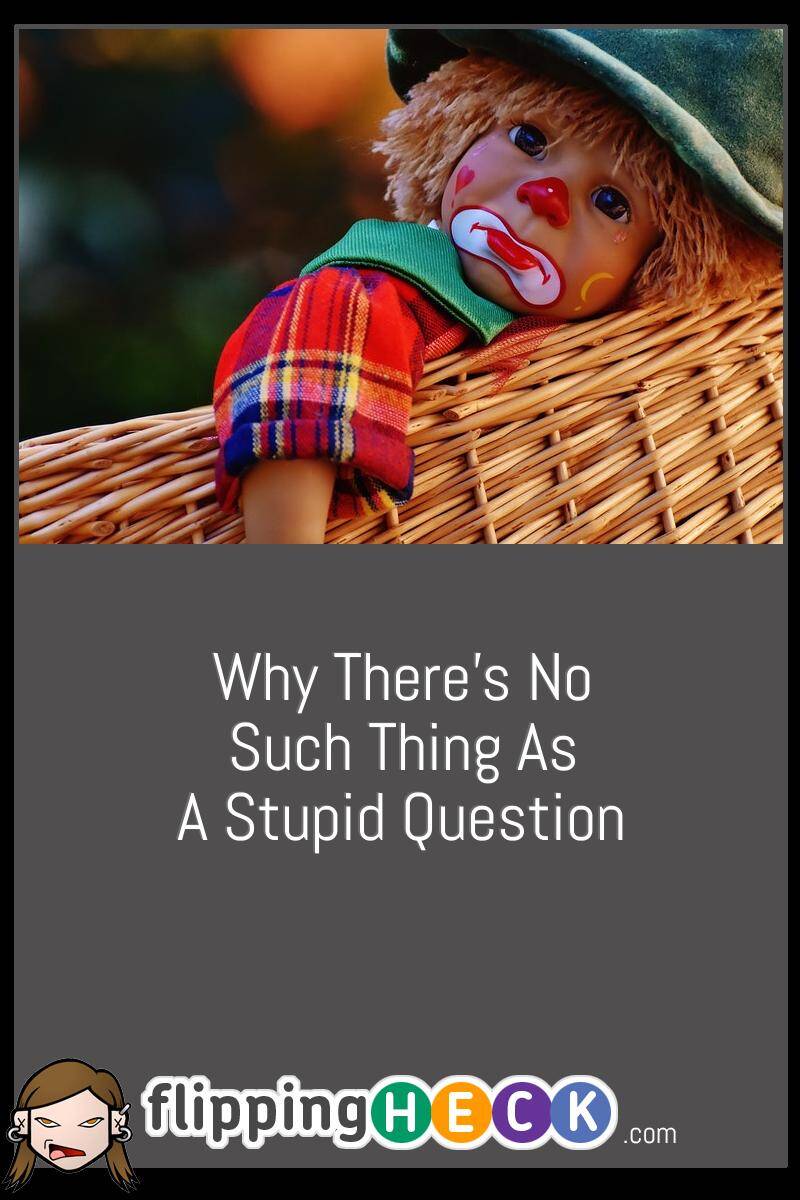 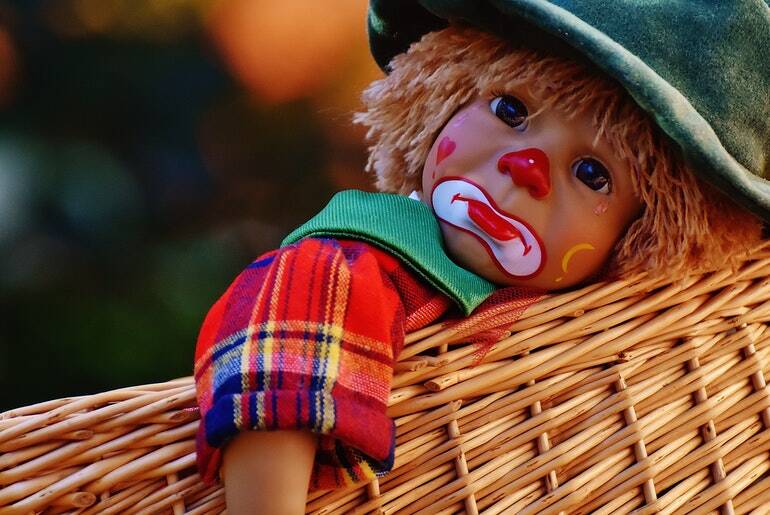 Why There’s No Such Thing As A Stupid Question

Although there are such things as stupid answers!

Until recently I had a big (and when I say “big”, I mean huge) hang-up about asking questions. It didn’t matter what the question was, I just couldn’t ask it. It was so bad in fact that I’d even wait until I saw someone head to the bathroom in a restaurant so I could see where it was rather than asking a waitress – how sad is that?

Not only did this mean that I was constantly gagging for the toilet (not really, I put that in for comedy value

) I wasn’t actually able to “Get Things Done”.

You can’t complete jobs without certain necessary and required information and sometimes in order to get that information you may have to (shock horror!) ask a question.

Sometimes you can figure out the answer for yourself (which can take a looooong time), you may be able to find it on the Internet or read it in a magazine but sometimes you just have to bite the bullet and seek out the person you know has the answer and …. ask.

Before I continue I supposed I’d best ‘fess up and explain my paranoia about asking questions. It’s easy really, I didn’t want to look like a complete numpty.

Occasionally, asking a question can make you feel like you’re loosing face with your friends, colleagues or boss. In reality this isn’t the case but it makes no difference at the time.

I think part of the problem I had was that I had been working on my own for so long with no-one who could help me so I became overly self-reliant and lost the ability to differentiate between something I should know and something that I should ask others.

When I moved to my new job and was plonked into a team for the first time in ages, I never asked questions – much to the detriment of my work I guess. I was over-schedule for most of the first projects they handed to me (which I think was put down to them thinking I needed to “learn the ropes”) but soon I began to notice something. The guys in my team asked people things! Moreover, they asked me things! Soon I realised that I wasn’t some thicky nincompoop for not knowing a certain ASP function but rather a valued member of a team who knew some stuff that others didn’t.

So, don’t be afraid to ask; and if you are here are some reasons why you shouldn’t be:

No-one can know everything

It’s a physical and mental impossibility. And anyone who tells you differently is a big liar. I’m sure even Einstein had to look things up occasionally and he’s a genius!

There are no stupid questions

So you don’t know how to work out the square root of something, so what? But I bet the person you ask to help you can’t name all of the James Bond films in release order.

You think you’ll get a cocky answer

I hate people like this. They’re all “My goodness! I can’t believe you don’t know that!” and then wander off without telling you the answer. Do you know why they don’t tell you? Nine times out of Ten they don’t know either so they cover it up with a sarcastic comment.

You think people will laugh at you

No they won’t. They’ll feel privileged you came to them for help when you could have gone to a whole host of other people

You think they’ll make fun of you behind your back

And they may well do if your question is something along the lines of “How do I cure genital herpes”* (I dread to think what Google will make of that last sentence!) but I doubt very much they’ll even give it a second thought.

If you don’t ask you won’t get

What? Am I supposed to be psychic or something? How was I supposed to know you needed help on that project when you never asked me

You should never stop learning

Remember when you were a kid and all you said was “why”? Well why stop being like that just because you’re an adult?

Then so will your friends, colleagues and managers at some point when you think about it.

You think you should already know the answer

I can’t remember half the stuff I learnt at school, can you? There’s no harm in asking something that you think you should know – just call it “refreshing your memory”.

You don’t know who to ask

Ask a friend, colleague or someone you trust. They’ll either know the answer or will at least be able to point you in the right direction.

We all feel vulnerable asking questions as we’re exposing what we don’t know to people. The most important thing to remember is that everybody has to ask a question at some point, even if it’s something as simple as “Can you tell me where the toilet is please?”

* Please note that you should never make fun of people who ask this question. It’s a serious illness plus they may retaliate in some horrible way 😉

About The Author
Katy is always trying to be more productive one day at a time! Whether it's analogue, digital, motivational or psychological who'll try any system that will help her get things done and get organised. As well as running FlippingHeck.com, she also loves making music and reviewing things.
Featured Image: Sad clown toy by Pixabay on Pexels.com
Please Note: This post may contain affiliate links. By clicking on these links you will not be charged any extra for purchasing goods and services from our preferred partners however flippingheck.com may receive financial compensation which contributes to the running of the site. For more information please read our Advertising & Affiliate Disclosure Policy
Filed Under:

« Updated: Run Multiple Websites On IIS
Are You A Now Brat? 10 Sure Fire Ways To Annoy... »