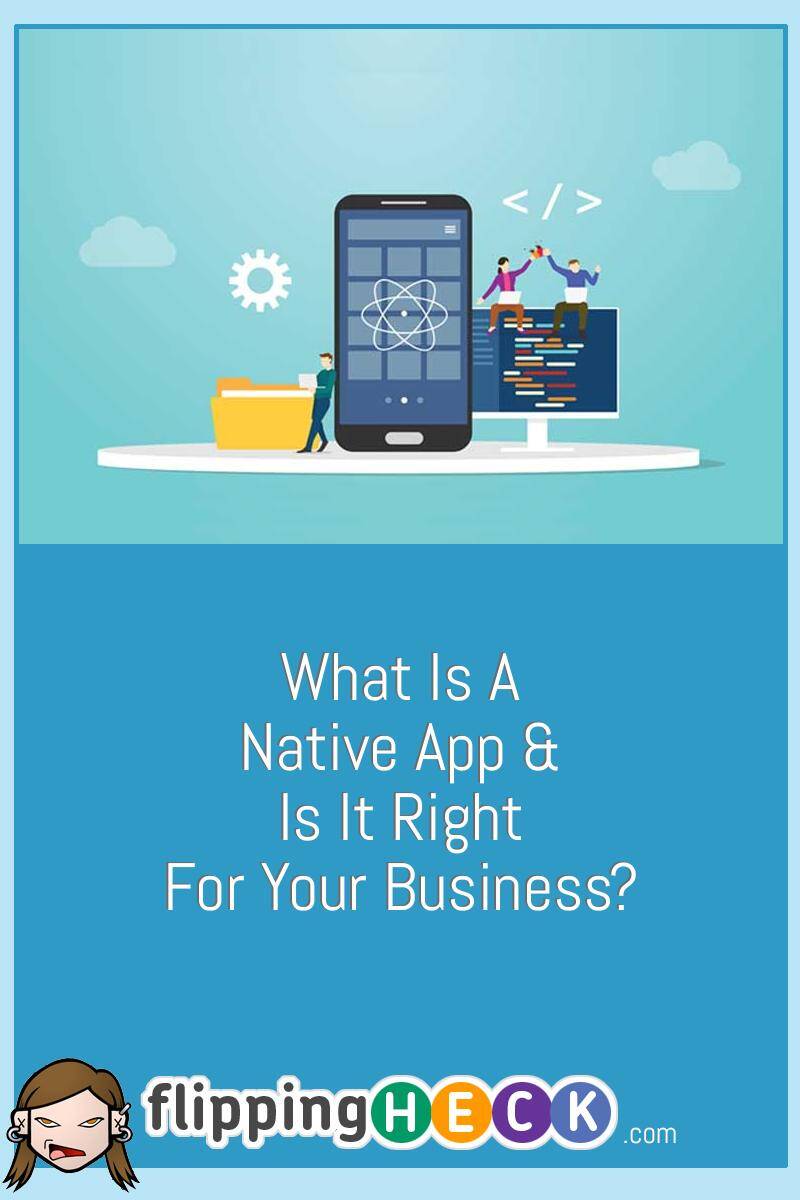 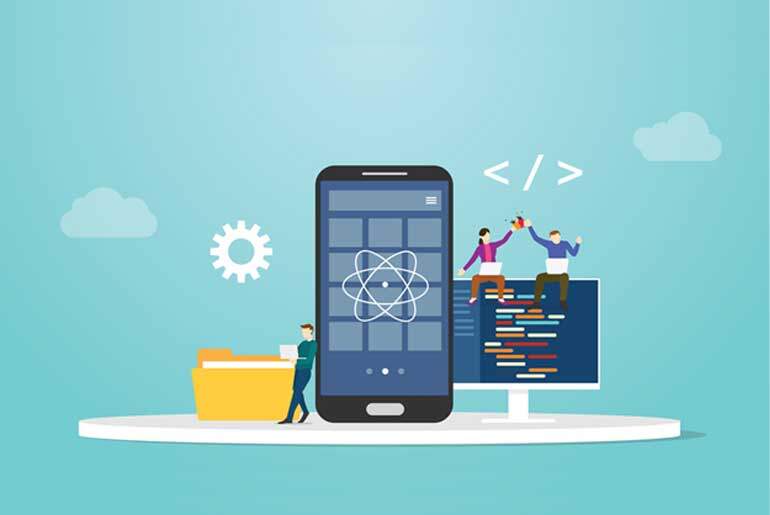 What Is A Native App & Is It Right For Your Business?

This world has turned into a crazy digital space!

New digital platforms emerge into existence every second. You hear about the launch of a new app, a new software, or a new website almost every day! In fact, a lot of companies are shifting their entire business online. What does this digital transformation mean for the business world?

Well, businesses now have to compete with each other digitally too. Brands have to create a strong digital presence to survive and grow in this dynamic era. Apps play a vital role in establishing a brand in the digital sphere.

However, there are countless systems and devices in the market today. It’s not easy to build an app that fits every system. Simply put, not every business can cater to its customers on every platform. Therefore, you have to select the right platform for your business carefully.

You see people with either Apple or Android devices these days. That is why most businesses believe that the best option for them is to launch a native app of their brand. But is this really true?

We are going to cover everything about native apps in this blog. By the end, it will be super-easy for you to decide if you should go for it or not!

So, let’s get started!

What Is A Native App?

An app is native if it’s designed for one particular operating system or device.

Here we will discuss only two main operating systems for mobiles in the market right now, iOS and Android. iOs is the operating system made for Apple devices while Android runs in Samsung devices. So you can program your app to run on either iOS or Android.

An app native to one operating system and device cannot work on other operating systems. Simply put, an overlap between the apps created for iOS and Android is not possible.

Instagram is the most popular example of a native app. But how does it work on iOS and Android devices, both? Even though it looks completely similar on both platforms, it was built separately for each system. Precisely, developers coded a separate version of the same app to be available for customers on both platforms.

A native app is developed in the language its operating system preliminarily uses. For example, a native app for iOS is coded in Objective-C or Swift, while apps for Android are written in Java.

If not a native app, then what else? There are two other kinds of apps you can consider.

Web apps are websites that function like mobile applications or software. However, they run on a web server instead of the local operating system of a device. They do not need to be installed from an app store. Users can access them through a web browser with an internet connection.

With advanced programming languages like HTML 5, developers build applications that are loaded as web pages but can store data locally and continue to function while offline. To target mobile users, you can either go for a responsive web design or build a Progressive web app (web apps that built offer user functionality like a native app to some extent).

The speed of web apps depends on the quality of cell signals or Wi-Fi broadband.

A combination of native and web apps! First, they have to be installed on the device locally through an app store. Only then they can enjoy the device’s features to some extent through a web browser embedded in the app. The browsers and plug-ins operating at the back are invisible to the viewers.

Hybrid apps allow developers to address multiple platforms with just one codebase. Plus, cross-platform development reduces our development costs. Why? Because their code components can be re-used on different operating systems. However, they also need an internet connection like web apps to work.

How Is A Native App Better?

A native app has the following benefits over other kinds of apps.

Built for a particular OS, a native app uses device-specific hardware and software. They have the access to multiple services on a device, like the microphone, push notifications, and accelerometer. Native apps can also avail the device’s notification system and work offline.

Native apps are built to run on a particular system. Hence, they automatically align the user experience with the system they are created for. They have a natural flow as they are based on the specific UI standards of their systems. In the case of web and hybrid apps, developers have to compromise on a UI/ UX that fits across all platforms perfectly.

Native apps can utilize the power of their device’s processor. This power makes them significantly faster than web and hybrid apps.

Limitations Of A Native App

A native app has the following disadvantages for your business.

Native apps are more complex to develop than web and hybrid apps. Therefore, developers need much more time to develop them. Plus, building separate versions for each platform also doubles the time required. Moreover, native apps need approval from the App store before launch, which takes even more time.

Development of a native app costs more than web and hybrid apps. They take longer to build and require a detailed customization plan for their OS. Plus, it costs even more expensive if you want your app on both platforms. Why? Because completely separate codes are needed to create different versions.

Updates are necessary for an app to fix bugs or improve performance. Developers need to implement these updates in the app store from where the users can download them. However, the users might skip these updates to save effort or mobile space. In contrast, web and hybrid apps do not require users to update continuously.

Each kind has its own pros and cons. To choose the right app, you need to consider your priorities in terms of budget, user experience, and available time. If providing an exceptional user experience is your top priority, you should definitely go for a native app. However, a web or hybrid app is the best option if you don’t have a huge budget or enough time before launch.

The right kind of app can literally make or break your brand today!

Featured Image: Supplied by the author
Please Note: This post may contain affiliate links. By clicking on these links you will not be charged any extra for purchasing goods and services from our preferred partners however flippingheck.com may receive financial compensation which contributes to the running of the site. For more information please read our Advertising & Affiliate Disclosure Policy
Filed Under:

« Digital Content Marketing: Harnessing The Powe...
How To Improve Employee Experience At Your Com... »