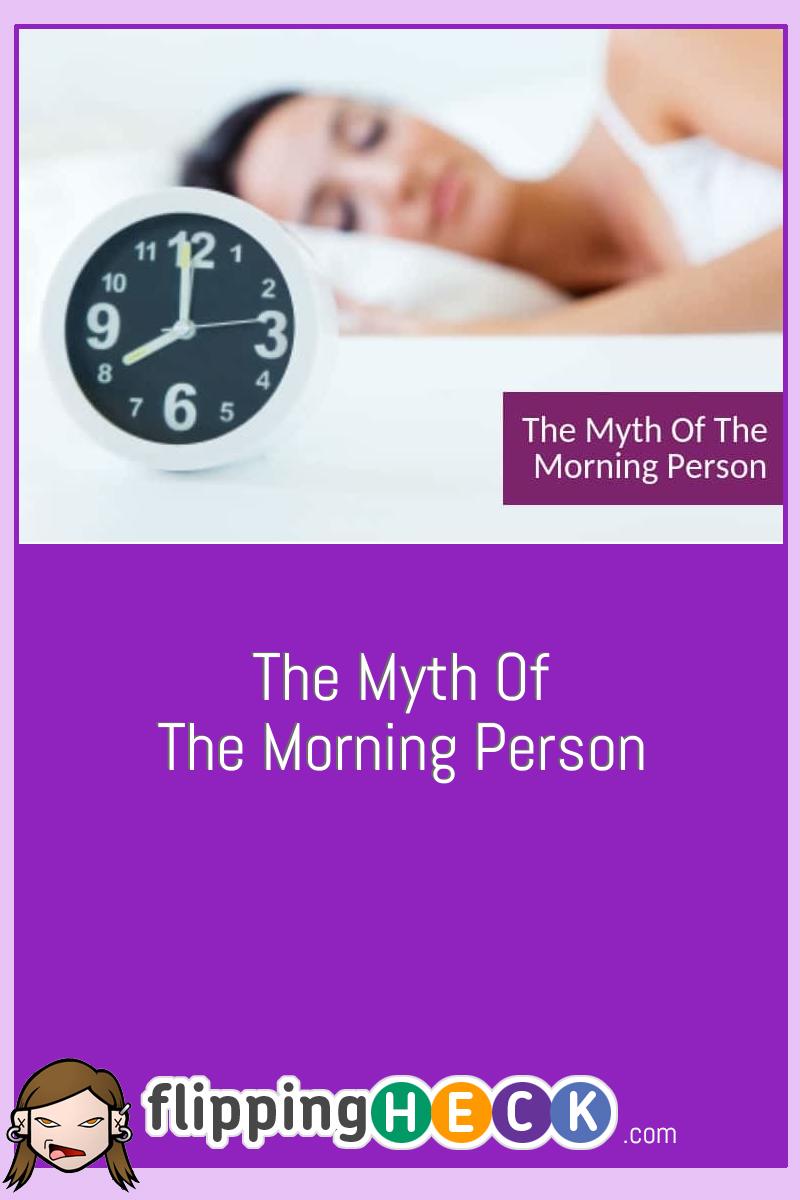 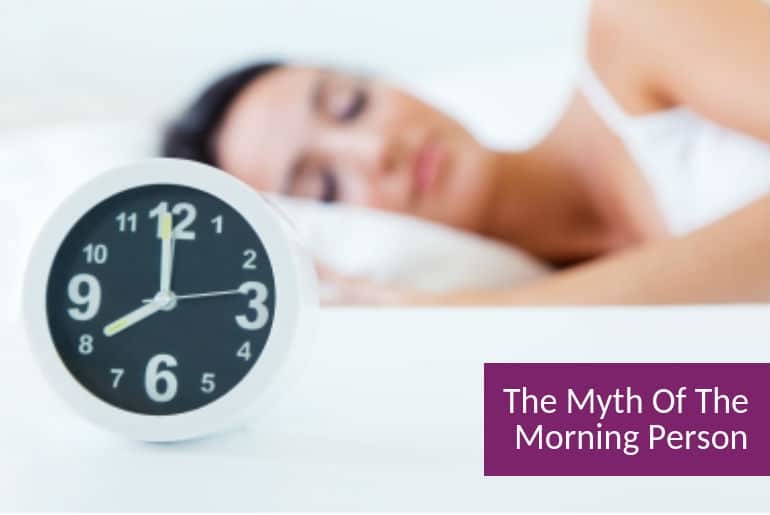 Those of you who are regular readers of my Weekly Round Up series of posts will know I’m quite fond of reading all about “how to become a morning person” and that “morning people are more productive”. This interest stems from the fact that I’ve always been a night owl. Even as a child I would struggle to get up in the morning but would be bouncing around my room at 2 in the morning much to the annoyance of my parents! So I suppose by reading these articles I’m just trying to see how the other half live!

After reading books like “The Four Hour Work Week” (affiliate link) I thought that in order to be successful, get anything done or progress personally then I’d have to become a morning person and if I wasn’t I was doomed to failure. I tried to change my inner clock around, forcing myself to go to bed at what most people would consider a “reasonable hour” only to lie awake staring at the ceiling for hours on end. I figured if I could just get myself in to some form of routine then it would stick and I’d be okay so I would force myself to get after after little or no sleep and then spend the day feeling like a zombie and being really unproductive despite my early rising.

I also struggled to maintain a regular early night routine. During my early twenties I would quite often work until midnight at the office thanks to clients with weird timezones or rulings of when their content could go live, my mid-twenties were late nights up running pubs and my early thirties were back to late nights thanks to customers on the other side of the globe.

As a result of my lifestyle and how I felt when I got up these never seemed to match the people that I had read about in all these articles who were apparently living a fantastically productive life thanks to their early rising.

I now work a minor shift pattern and don’t start or finish work at the same times so as a result I’ve been thinking about this “Morning Lark vs Night Owl” theory quite a bit and you know what? I think having to be a morning person in order to get things done is load of rubbish!

Excuse me for being controversial (or should that be cantankerous) but I’ve been thinking about this for a while and I don’t think the fact that you get up at 5am everyday makes you a better person than me just because I get up at 9am (or later if possible!)

So, why are Morning Larks deemed better than the Night Owls? It stems from some deep seated rituals and routines that go back centuries and improvements to our lives thanks to modern standards.

Back before we had electricity people would go to bed at dusk, sleep for a few hours then get up and do some more work for a couple of hours before going back to bed again for a few more hours. Modern conveniences such as electric lighting have allowed us to change our sleeping patterns by being able to go to bed later and getting our rest in one big chunk.

Blame Henry Ford for your 9 to 5 existence

In the early part of the 20th century Henry Ford devised the 5-day, 40 hour work week which has stuck with us to this day.

In all honesty, Ford didn’t come up with this way of working to help out his workers as they’d be working less and have more family time. No, he did it through a desire to increase the time available for them to spend money! If they had more time off work, they’d have more time to spend money, if they spent money the people they bought items and services from would have more available cash to purchase a nice shiny new Henry Ford motor car. Capitalism at its finest drove the current trend in a 5 day week!

To be fair to Ford, the introduction of a 40-hour work week was a lot better than the conditions that people used to have to deal with previously. During the industrial revolution, children from the age of 9 were expected to work 12 hour days starting at 6am – so in a way we are better off.

Studies have shown that your internal clock – or Circadian Rhythm as it’s scientifically known – changes as we grown older thanks to varying levels of hormones so the “lazy teenager” isn’t really being lazy as a rule, their hormones and circadian rhythm is in a different cycle to their parents and younger siblings.

Lots of studies have shown the benefits of later starts for school children who showed increased awareness, higher concentration levels and a greater level of productivity and I think the same would be true for office workers too but most of us are stuck in this rut of working 9 to 5 without the luxury of a flexible start (and by extension end) time presumably because older managers are okay with getting up early.

Sleep Deficits Are Bad For Your Health

Not only are we putting ourselves at risk of harm if we don’t get enough sleep (driving whilst tired can be as dangerous as driving while drunk) we’re also at risk of putting weight on as we consume extra calories – around 83 for each 30 minutes of lost sleep which soon adds up.

Additionally lack of sleep can make us short-tempered and irritable leading to strained relationships with family and co-workers.

I’m not saying you should use this as an excuse for having a lie in and being late for work – but it’s something to consider!

Morning Larks Aren’t As Common As You Think

If we are to believe all of the articles that have been written about how awesome being a morning person is then we’d be led to believe that it’s easy to change your habits and inside every Night Owl is a Morning Lark screaming to get out but if you look closer at the figures this isn’t really the case.

I won’t put any hard figures here because depending on what survey you read – or the age, occupation and social circumstances of those within the survey, you can get wildly different figures but when you average all the information out Morning Larks and Night Owls work out at about the same percentage (approximately 10% each with the rest of the population falling somewhere in between the two extremes), it’s just that Morning Larks seem to get all the press!

So, we’re not all doomed to failure if we’re a Night Owl and in fact not all successful people are Morning Larks.

Are you a Morning Lark or a Night Owl? Does your sleeping pattern affect the types of jobs you take on? Let us know in the comments what you think.

About The Author
Katy is always trying to be more productive one day at a time! Whether it's analogue, digital, motivational or psychological who'll try any system that will help her get things done and get organised. As well as running FlippingHeck.com, she also loves making music and reviewing things.
Featured Photo by nenetus via freedigitalphotos.net
Please Note: This post may contain affiliate links. By clicking on these links you will not be charged any extra for purchasing goods and services from our preferred partners however flippingheck.com may receive financial compensation which contributes to the running of the site. For more information please read our Advertising & Affiliate Disclosure Policy
Filed Under: