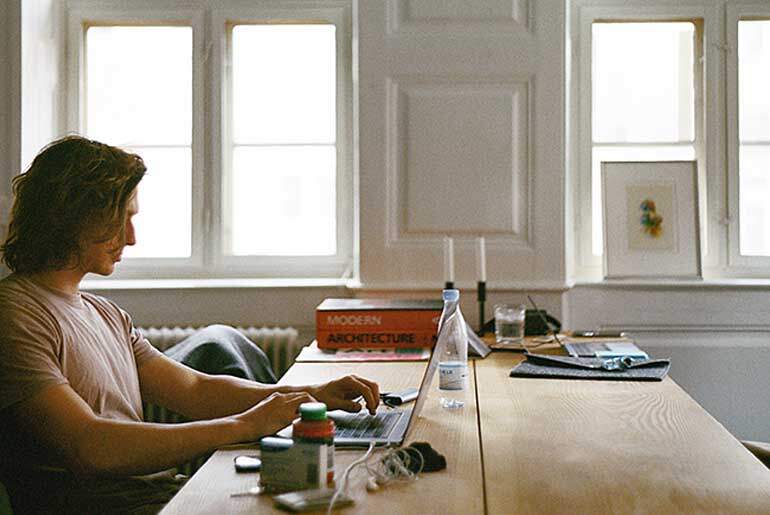 Should You Request To Work from Home?

In the current economy, working from home for at least part of your work week is becoming more and more common. As you’ve likely seen, much of the work being done is via the cloud, through email, on crowdsourced documents, or through digital meetings. This has the effect of making it so that, for many jobs, there is very little reason to leave the confines of your home.

With office space at a premium and companies having the ability to save on dedicated workstations through strategies such as hot desking, there seems to be little reason to ask employees to drag themselves into an office building from nine to five. Not only does work from home save the company money, it keeps people from spreading illness, and is a real asset when hiring. More tellingly, work at home statistics show that it is generally better for companies and employees to offer this kind of flexible scheduling to their workforce.

Research done on working from home metrics show that:

The largest question, however, about working from home is whether it drastically reduces productivity. There are a number of metrics and statistics on working from home which would point to the benefits of the practice and show that work from home is being done, perhaps, more effectively.

While you might expect that people working from home might be less productive than those at an office because they are distracted, that underestimates the number of distractions that office workers face. There are meetings that should be emails, office politics, birthday parties, and morale boosting events to contend with that certainly take up as much if not more time than taking a dog for a walk or running out to drive a child to a music lesson.

More importantly, perhaps, the statistics on working from home say that people consider themselves to be more productive when working on their own time.

This points primarily to one thing, working from home is a trend that will not be going away and it is not something you should have to sacrifice anything to get in most positions.

Psychologically, right now, people feel because they are getting the benefit of flexible hours they are willing to let HR leverage this against them and are even willing to give up some salary for the chance to punt their commute. But there is really no reason to compromise anything.

Ultimately, your skills should speak for themselves regardless of your location and when and where you get your work done. More and more companies are not only realizing this, they are seeing that allowing employees the flexibility they need is making them more money and allowing them to get more output.

The takeaway is, don’t mortgage anything to get the flexible hours you need, instead show your boss or hiring manager the work from home statistics and let them know that it’s just going to be better for both of you.

Featured Image: Man at table using laptop by Daria Shevtsova on Pexels.com
Please Note: This post may contain affiliate links. By clicking on these links you will not be charged any extra for purchasing goods and services from our preferred partners however flippingheck.com may receive financial compensation which contributes to the running of the site. For more information please read our Advertising & Affiliate Disclosure Policy
Filed Under: