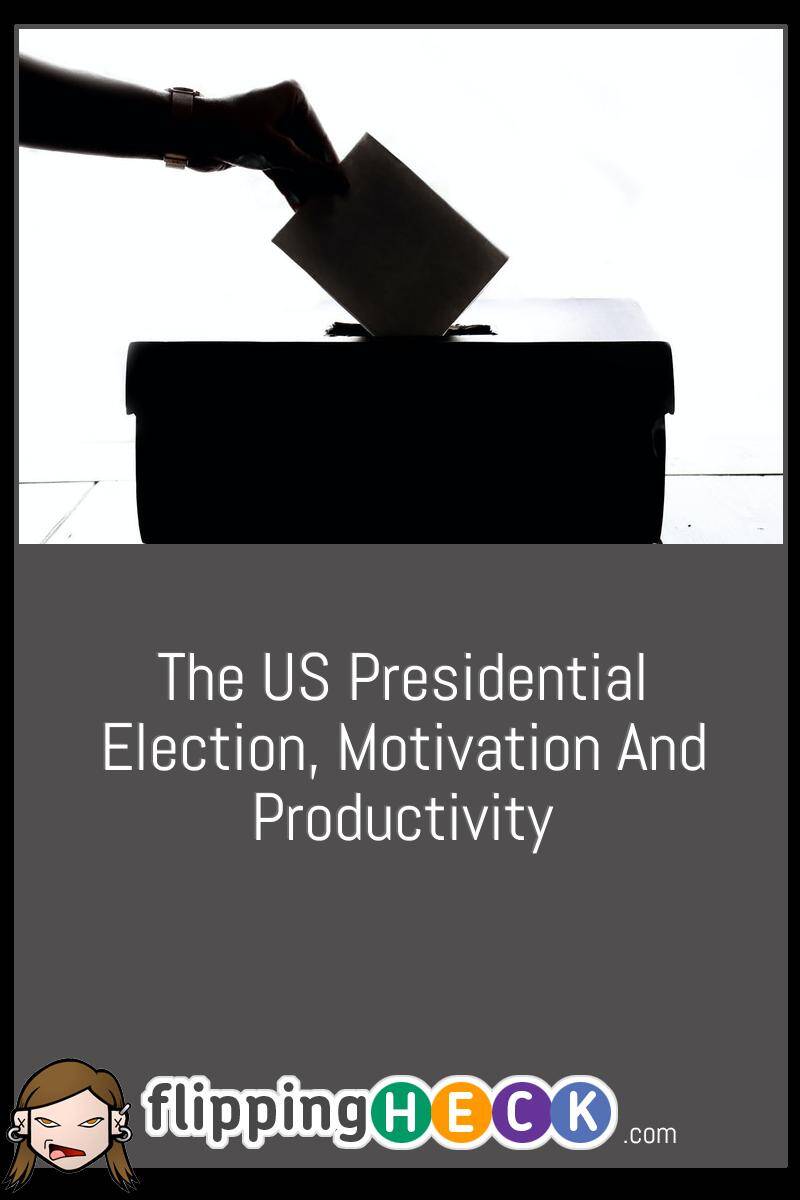 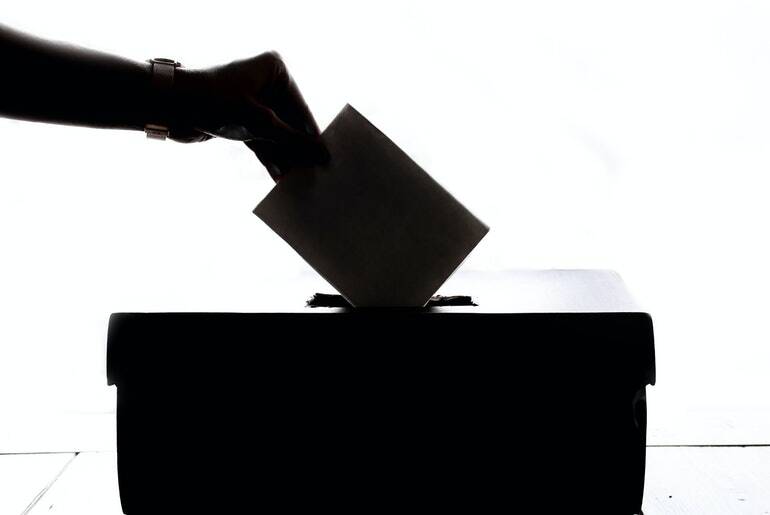 The US Presidential Election, Motivation And Productivity

Hah! Bet you didn’t see that one coming eh? Yes, I am about to link the US Election to the topic of this blog – how genius am I?!

Firstly, before I begin my “mashup” of politics and lifehacking I”d like to give a big round of applause to all that voted for – who I personally feel – the best candidate we could have hoped for in terms of impact on not only America, but the world as well.

Plus I’d like to applaud everyone that voted in general. Exercising our democratic right to vote is something we often take for granted (although not so much in the UK as we haven”t been given the right to vote in a General Election since 2005 the current guy just inherited his post and we therefore haven”t voted in the schmuck “democratic” leader of of our country).

I do have to find it slightly amusing that the result of the US Election – which some pundits are already calling the biggest change to politics ever (er, I think that may be the voting system in general, no?) – was announced on the day that in theory could have changed the course of modern politics (including those of the States) forever. Yes, today is the day that poor old Guy Fawkes gets tossed on the bonfire – we omit the hanging, drawing and quartering bit as there are kiddies present. If he had succeeded blowing up the Houses of Parliament in 1605 the political landscape (and no doubt the economic one too) would be a very different beast altogether.

I”d like to enter a disclaimer here that as being British (and not living near America) this is just an opinion of the way that I”ve seen things through various news items and documentaries – no offence is meant at all! Anyway, enough of my witty banter, on to the meat of this post!

Katy, come on! What on Earth has the election got to do with motivation?

People were getting disheartened with the Bush Administration – in a similar way to Blair was suffering here. The “War on Terror” was losing support and was no longer in the forefront of peoples” minds and other issues – particularly any big “whoopsies” the incumbent parties made – began to make front page news.

The upshot of this? People began to get restless, they wanted change – whether it be Democrat or Republican – anything was better than the deal they were getting now.

Now, when people get restless they tend to do one of three things:

Such was the level of dissatisfaction – heightened immensely by the current global economic issues – that the majority of people who would usually fall into camps “A” and “B” in the above list jumped feet first into camp “C”. You can see this from the level of grass roots support that both candidates received from the “Average Joe” (although more so with Obama). People wanted change and they were motivated enough by their current situation to get off their backsides and do something about it.

Okay, I can see how that motivated people, but what’s that got to do with real motivation?

A rolling stone gathers no moss.

Once people are galvanised into action, they tend to maintain that action – and it spreads throughout everything they do.

People who voted yesterday, especially those who had never voted before, will be motivated to act again as they helped make a change. Because they now feel they have the power to control things, they will continue to make changes throughout other aspects of their lives whether that be finding a better job, asking the person they fancy out on a date or simply deciding to stop eating so many doughnuts, they will have the motivation and courage to do it.

I can sort of grasp your link there – but what’s all that got to do with productivity?

When people are motivated, they are productive. This election result is being heralded as the one that will change America”s fortunes and turn back the tide of the global crisis – and I really think it will, but not because Obama was elected I think it would have happened equally if McCain had won.

Why? A change is as good as a rest as they say. People (the now motivated people) will begin to feel better about their lives in general as they perceive things to be on the up. As a result they”ll be more productive at work, they’ll earn more money, spend more money and the economic balance will slowly start to return.

I know it’s not as simplistic as all that of course but happy people tend to be productive people!

So, what to you think? Am I talking out of my ahem or do you agree that this election has motivated people more than any other in recent history which will filter down into everyday life?

I’d love to hear your comments – so please leave one on this post or feel free to contact me privately.

About The Author
Katy is always trying to be more productive one day at a time! Whether it's analogue, digital, motivational or psychological who'll try any system that will help her get things done and get organised. As well as running FlippingHeck.com, she also loves making music and reviewing things.
Featured Image: Ballot box by Element5 Digital on Pexels.com
Please Note: This post may contain affiliate links. By clicking on these links you will not be charged any extra for purchasing goods and services from our preferred partners however flippingheck.com may receive financial compensation which contributes to the running of the site. For more information please read our Advertising & Affiliate Disclosure Policy
Filed Under:

« Shock Horror! Obama May Lose Blackberry Privil...
How To Run An Appraisal »